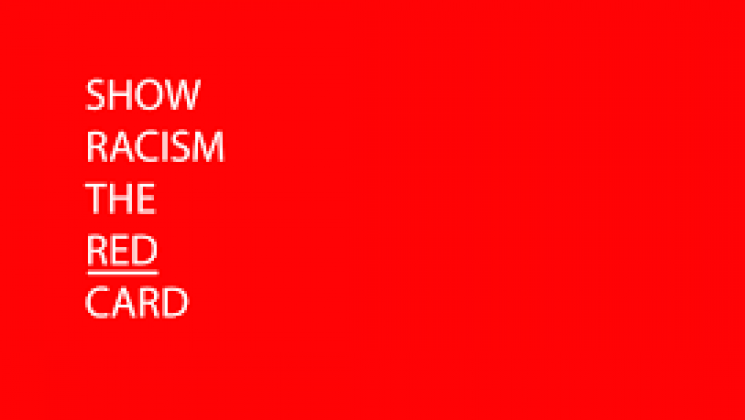 On Monday 14th October, many of us witnessed the racist abuse aimed at the black English footballers at the international played in Bulgaria.

Quite rightly both UEFA and FIFA are investigating and are looking at the possibility of introducing a worldwide ban on anyone convicted of such actions from been able to attend any games.

However not everything is rosy in the “beautiful game” in England, with racist abuse been aimed at Chelsea Player Tammy Abraham after their loss in the super cup, Arsenals Patrick Aubameyang who had a banana thrown at him in an ill-tempered match at Spurs in 2018, and Manchester City’s Raheem Sterling suffered abuse both at Chelsea and on social media after they won earlier this year.

For more information see the UNISON notice board.

Finally you can post pictures of yourself wearing red to #WRD19

The Show Racism the Red Card foundation has, for a number of years, encouraged schools and businesses alike to hold a national day of wearing red and to donate £1. You don[t have to wear red to donate and you can do so by texting RED to 70470  (please note standard message rate also applies)

The money raised will go into education programmes to work with children and young people to challenge racism in the society.

Read more about Show Racism the Red Card by visiting the following websites:

We use cookies on our website to ensure you find the information you need in the simplest way. By continuing to use our website you are consenting to their use. Find out more about cookies and how we use them.